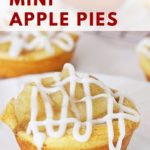 These adorable Apple Pie Cups are the easiest dessert to make and seriously taste so much better than traditional apple pie! Made with store-bought cinnamon rolls and apple pie filling, these cinnamon roll apple cups have the tastiest crust ever and are absolutely irresistible.

These little treats make an amazing Thanksgiving dessert, or a just-because Fall dessert. 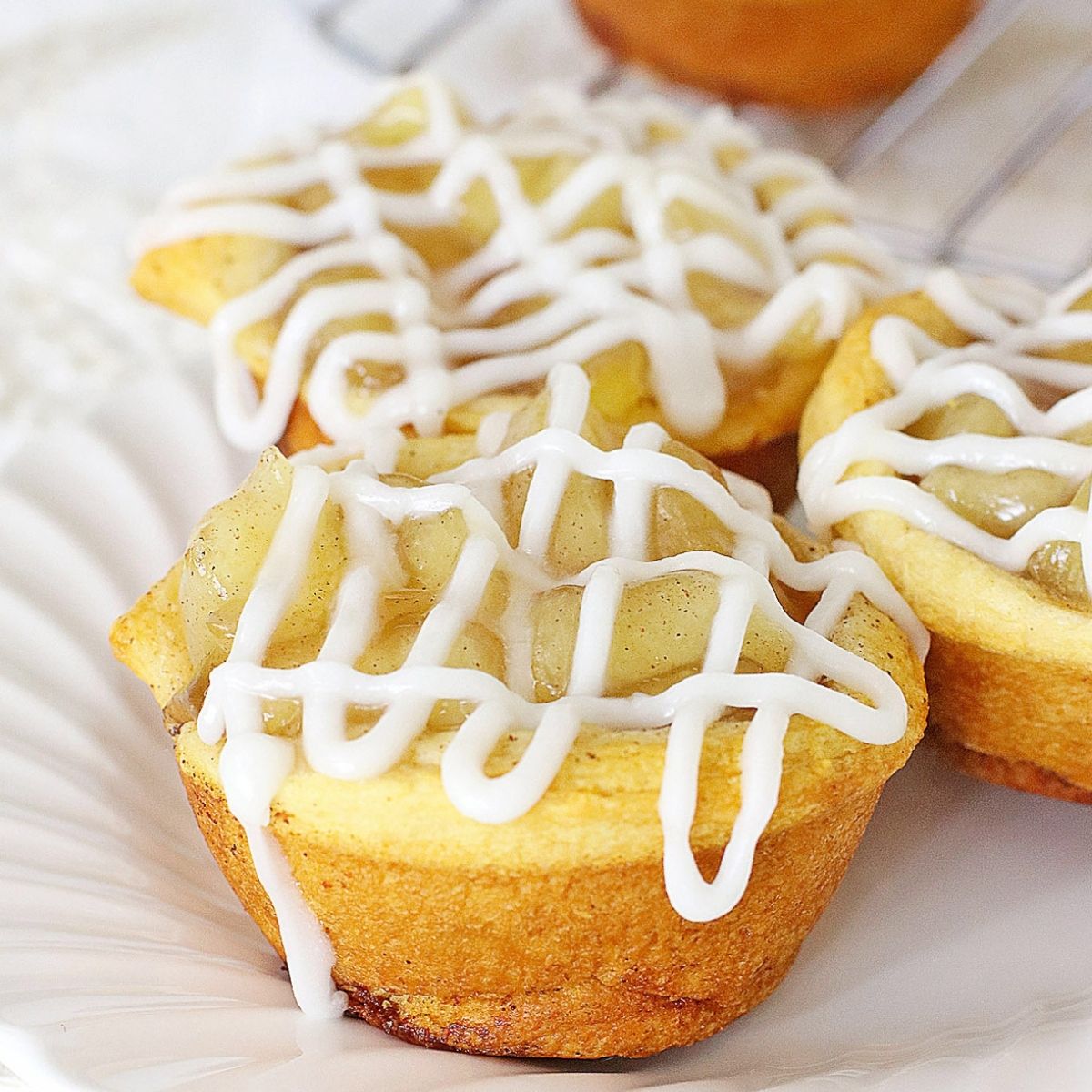 Ready for the EASIEST apple dessert ever?? You're going to love these easy individual apple pie recipe made with Pillsbury Cinnamon Rolls instead of pie crust.

Even if you're a dessert-from-scratch person, hear me out here. You're going to LOVE these mini apple pies because: 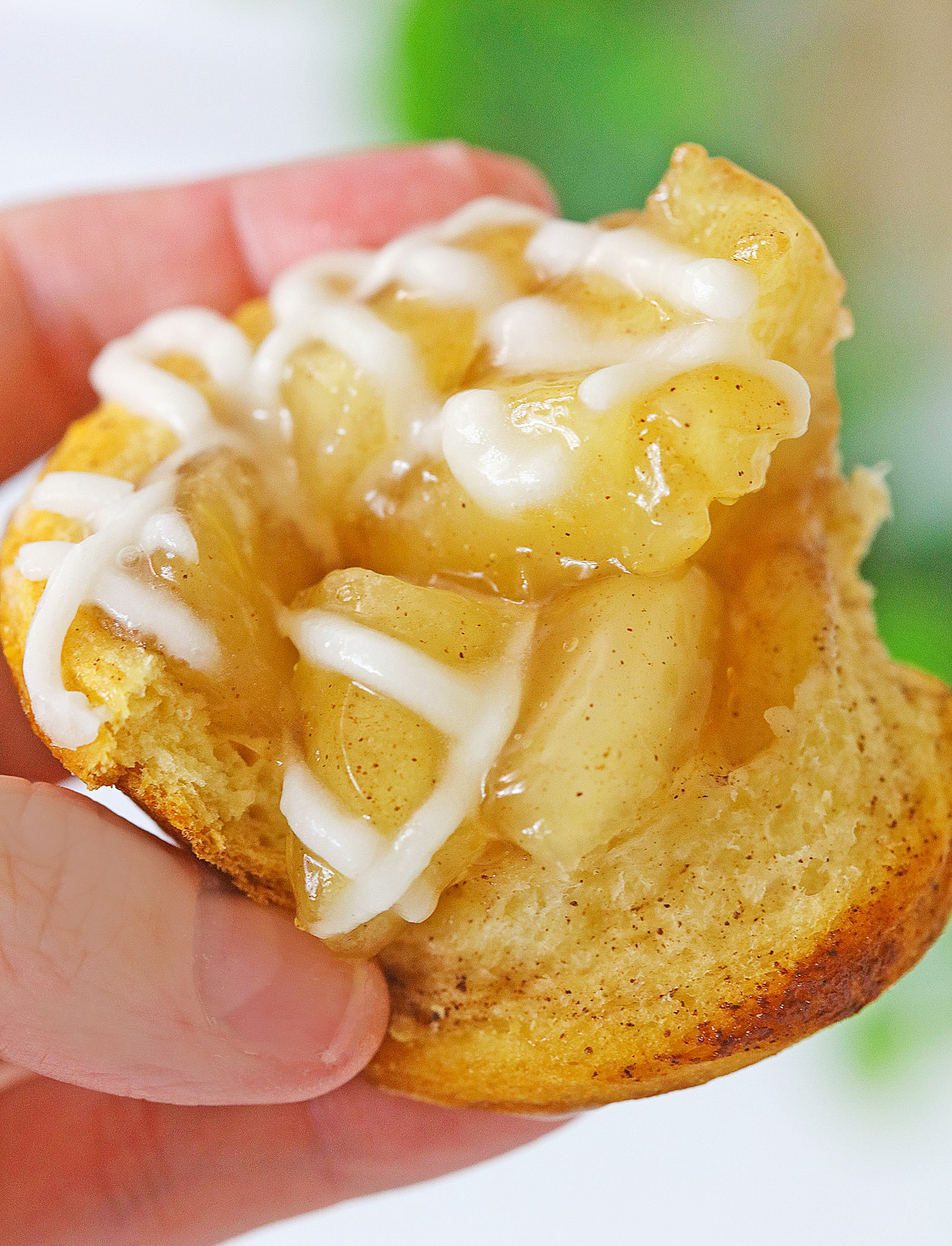 Ready to make these?

Here's what you need:

If you're looking for a "from scratch" apple recipe that is still crazy easy, try these air fryer baked apples!

Step 2: Spray a muffin tin with the Cooking Spray, and place a Cinnabon Cinnamon roll in each muffin space. Press the roll up the sides and down in the bottom of the muffin tin, to form a little cup/crust.  Make sure to press the roll evenly up the sides. 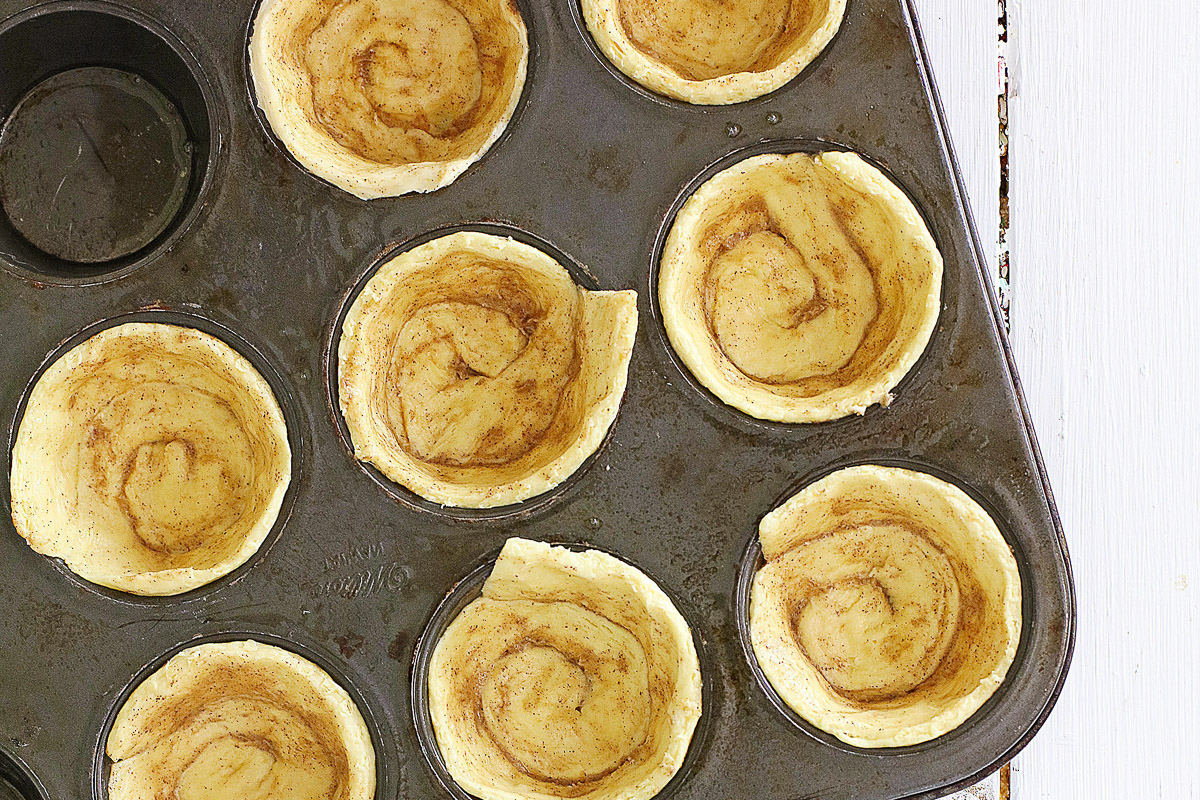 Step 3: Fill the little cups with the Apple Pie Filling. 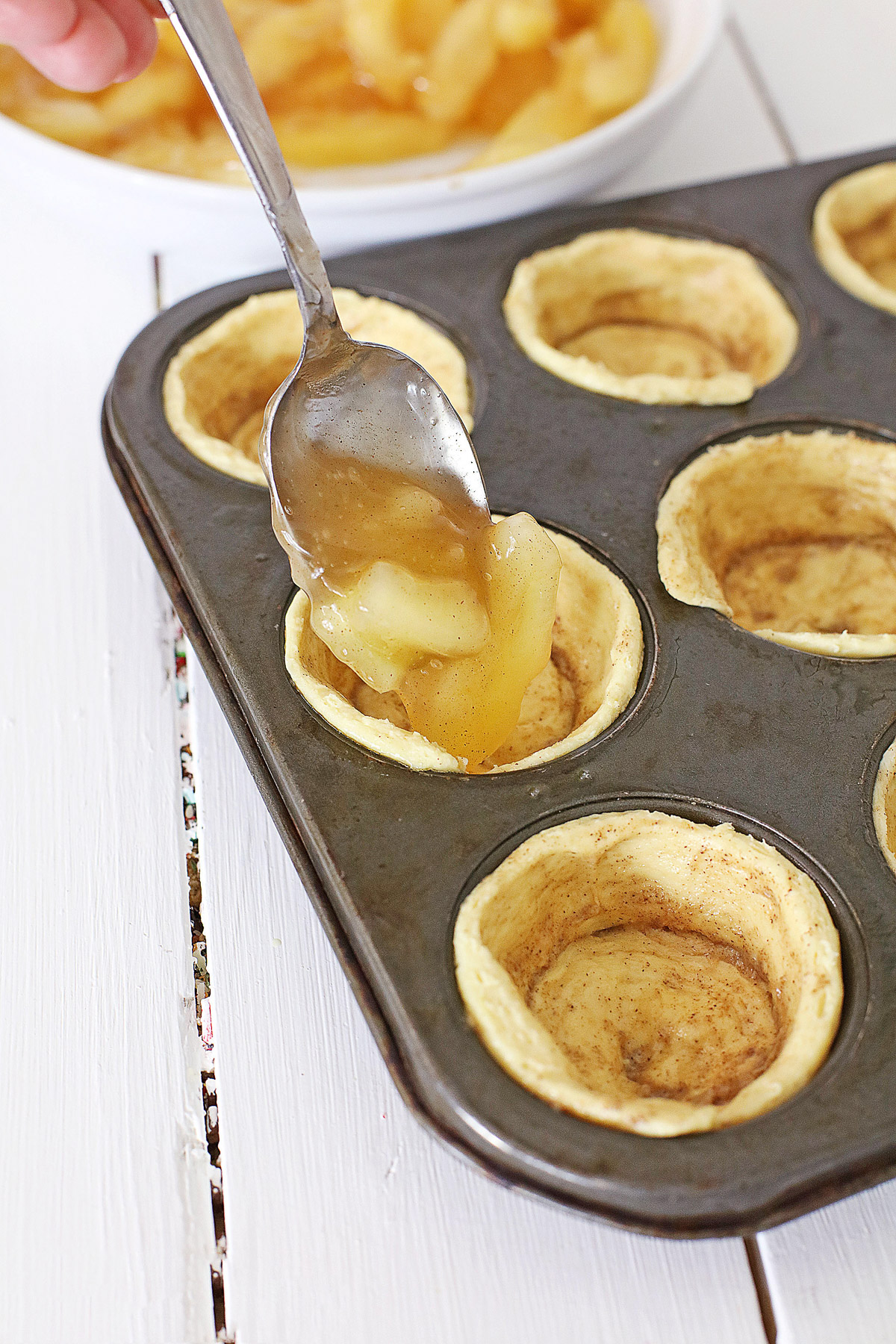 Step 4: Bake at 375 degrees for 14 to 18 minutes, or until golden brown. (And check out this Easy Chocolate Hummus recipe while you wait!)

Step 5: Remove from oven to a wire rack to cool for 5 minutes, and then gently remove cups from muffin tins.

Allow to cool almost completely, if you want the icing to stay white and firm (and pretty, like in the pictures). If you prefer a meltier icing drizzle, then pipe the icing onto the apple pies while they're warm.

Place the icing from both cans of Cinnamon rolls into one small pastry bag and pipe the icing on top of each one. Or for a fun grownup twist, drizzle this bourbon caramel sauce on top! 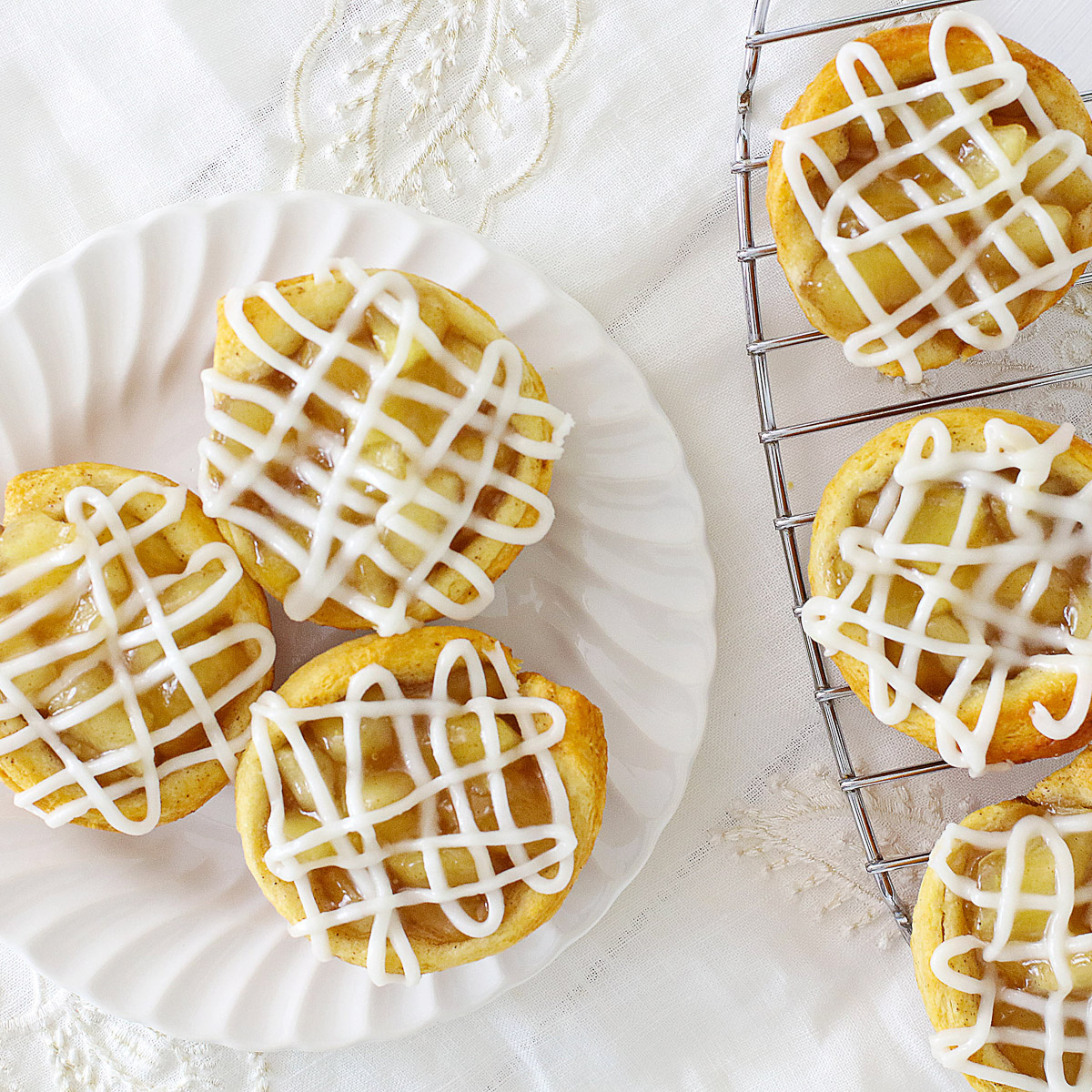 I hope you love these two-ingredient muffin tin apple pies as much as we did!

Here are a few other easy desserts you will love:

And if you're in the mood for some festive holiday drinks, I got you covered too! 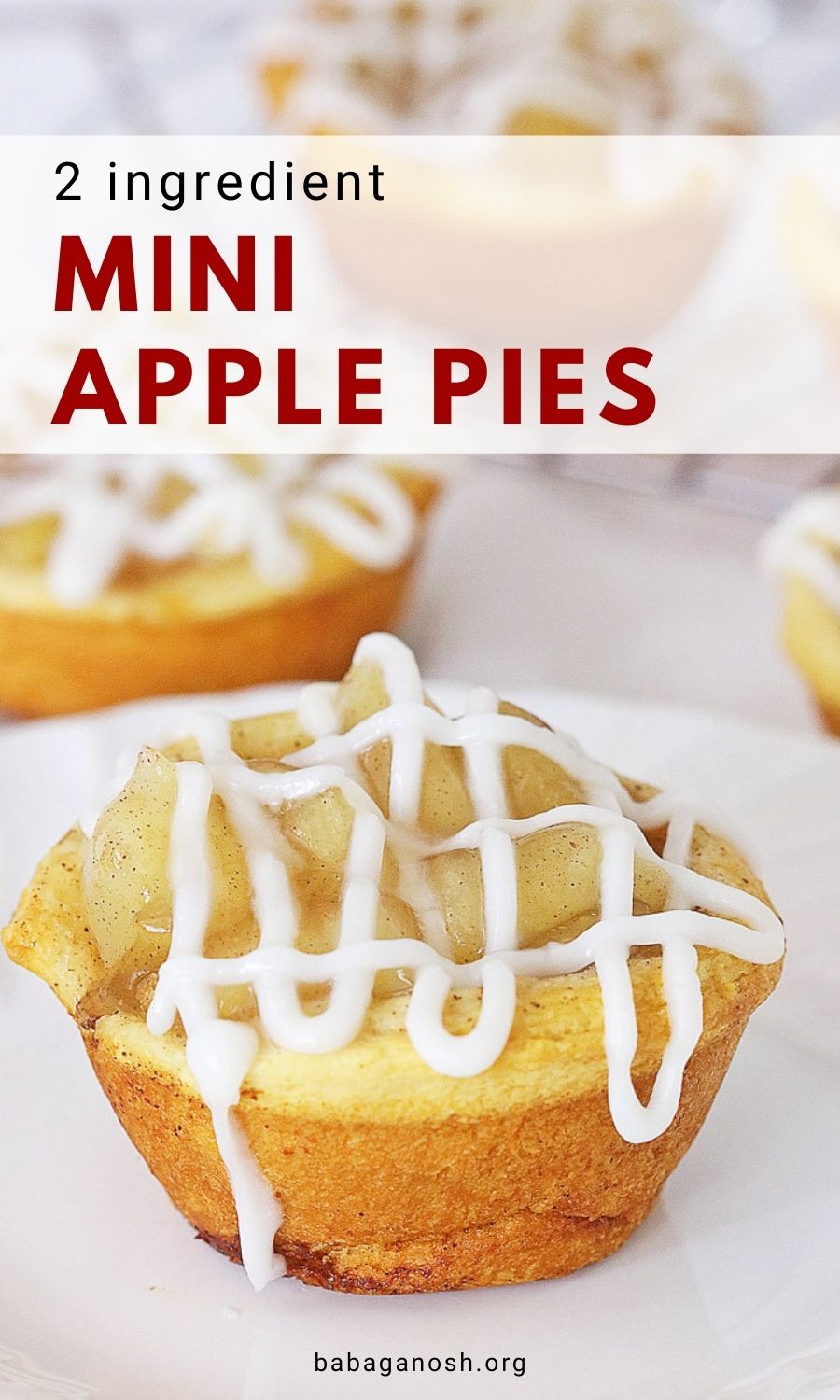 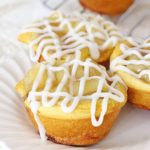 203 shares
Comments or questions about the recipe?Click here to cancel reply.