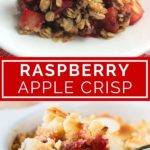 The aroma of this Raspberry Apple Crisp with Oat Pecan Topping as it bakes will fill your house and make you look forward to this amazing dessert. Serve this Apple Raspberry crisp warm with whipped cream or vanilla ice cream on top and savor every moment. 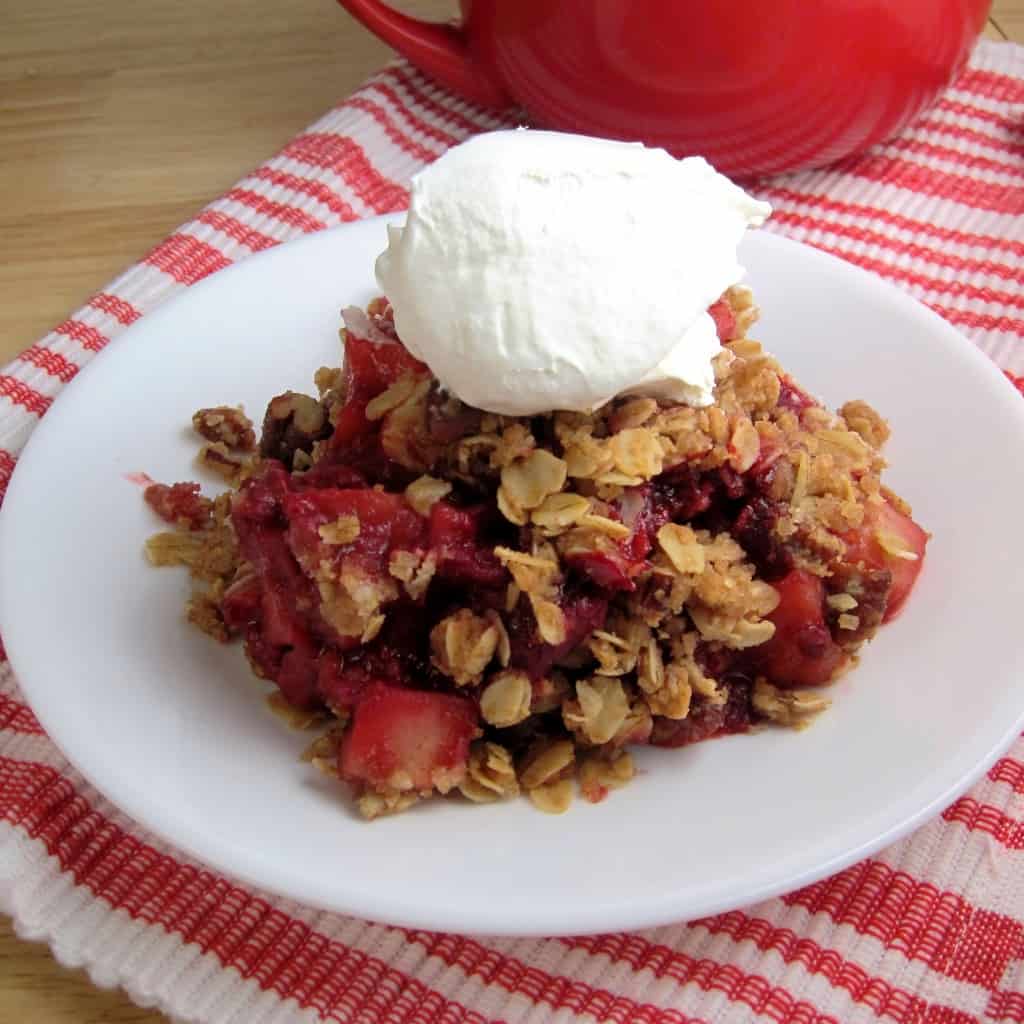 A crisp or crumble is my go-to dessert for bringing to someone's house when we are invited to dinner during the Fall and Winter months.

The reason is crisps are SO easy to make, there's no way to mess them up:

You don't have to be suuper accurate with measurements. It's more of a toss & bake dessert, and it comes out perfect every time. So much easier to make from scratch than pie.

The combination of warm, juicy, baked fruit and crispy topping is absolute perfection to me, especially when topped with a dollop of whipped cream or a scoop of vanilla ice cream.

In this recipe I add pecans and lots of cinnamon to the crispy oat topping, which adds even more crisp and more flavor to the topping. Oh, and pecans and cinnamon are actually nutritious, making this a not totally-awful-for-you dessert, especially considering the apples and raspberries underneath the pecan crisp. 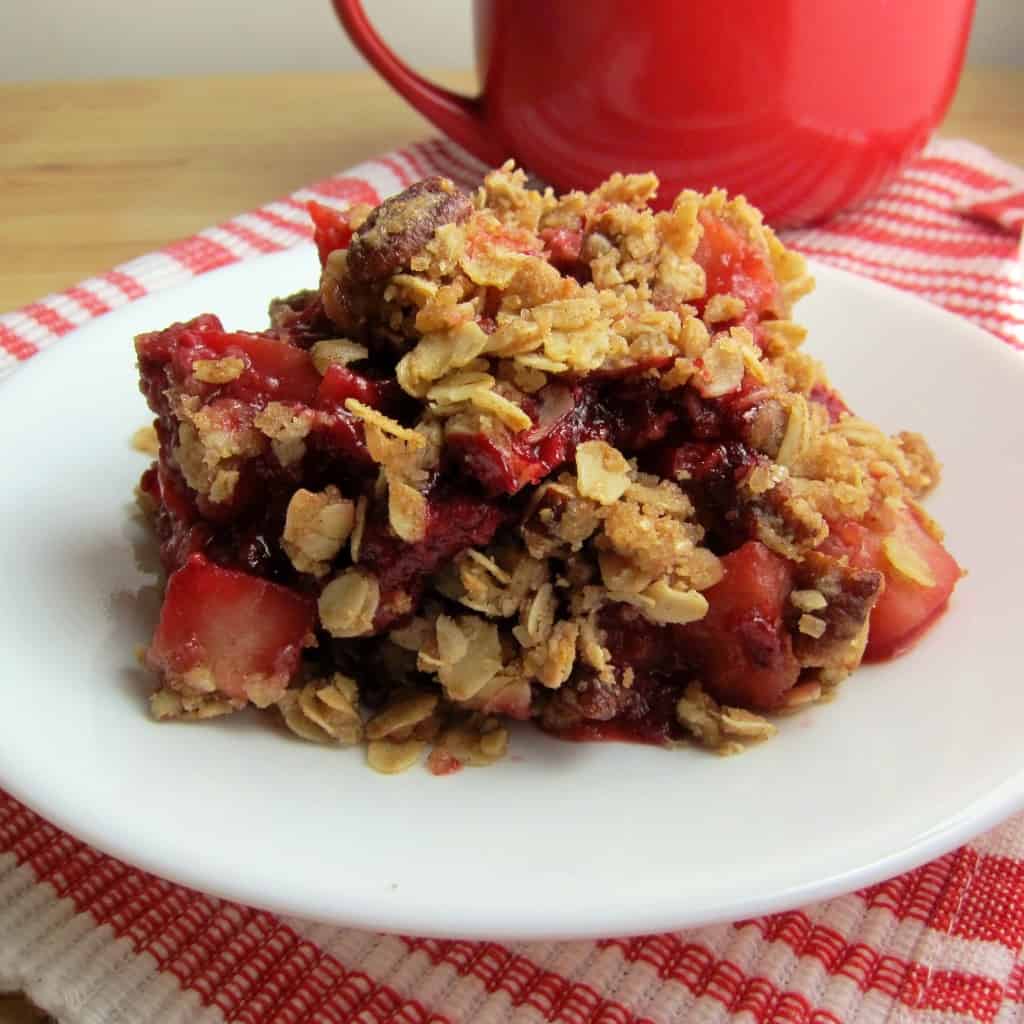 Apples + raspberries = match made in heaven

I *LOVE* playing around with different fruit combinations to make different crisps, and this Raspberry Apple Crisp is one of my favorite combinations.

Regular apple crisps are pretty fantastic, but they could use a little tang. And that's where the raspberries come in.

Raspberries are sweet, but slightly tangy and tart when cooked or baked. They balance out the sweetness of the apples, and they also add a GORGEOUS deep red color to this crisp.

In addition, raspberries are super healthy, low in sugar, and full of antioxidants. This is practically a salad. 😉

I still add cinnamon and nutmeg to this apple raspberry crisp just like you would to a traditional apple crisp, because those spices add a nice warmth and bring out the flavors of the apple.

Of course, if you want a traditional apple crisp, I got you covered there too! 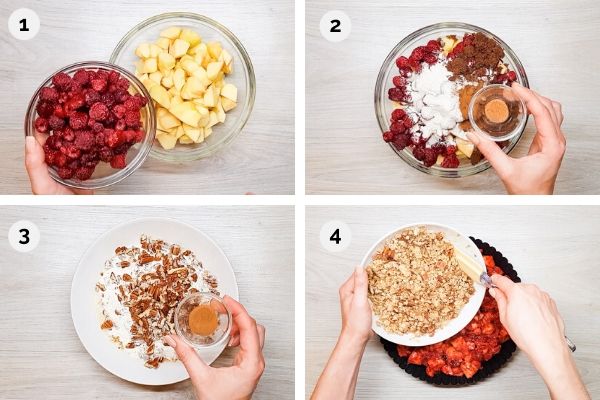 Are you one of those people who doesn't like nuts in your desserts?

Well then, we can't be friends.

Just kidding, but give this pecan topping a try. It's totally different than a random nut in the middle of banana bread, it actually makes sense with the crispy topping.

The pecans give an extra crunch to the oat topping, and a really nice aroma because the pecans roast as the apple raspberry crisp bakes.

I use quick cooking oats for the topping. Old fashioned oats or 1-minute oats would both work equally well as the topping for this crisp, but I found a combination of the two is the best for texture. 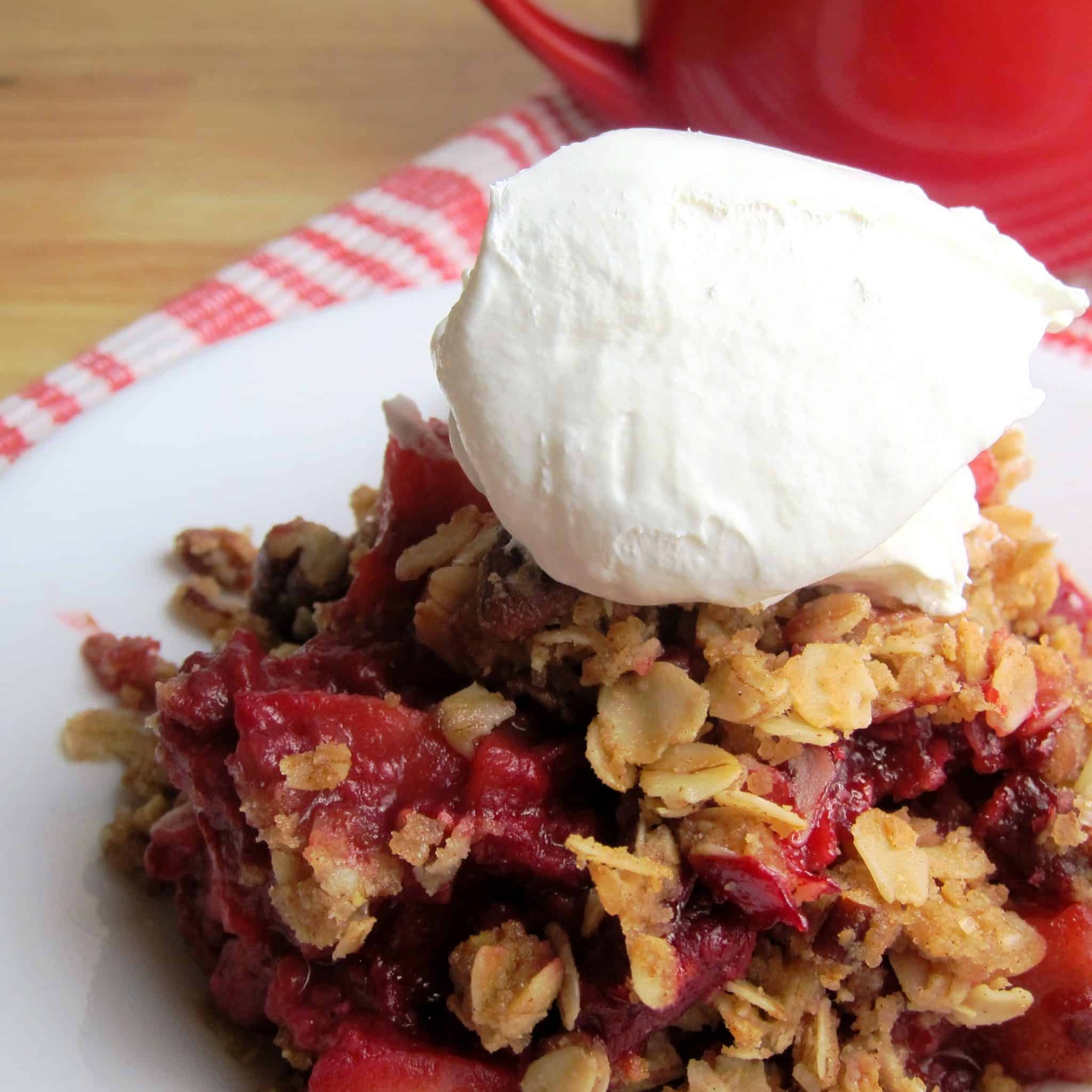 I hope you get a chance to make this Raspberry Apple Crisp! It's really so so good that you really would be missing out if you don't make it. 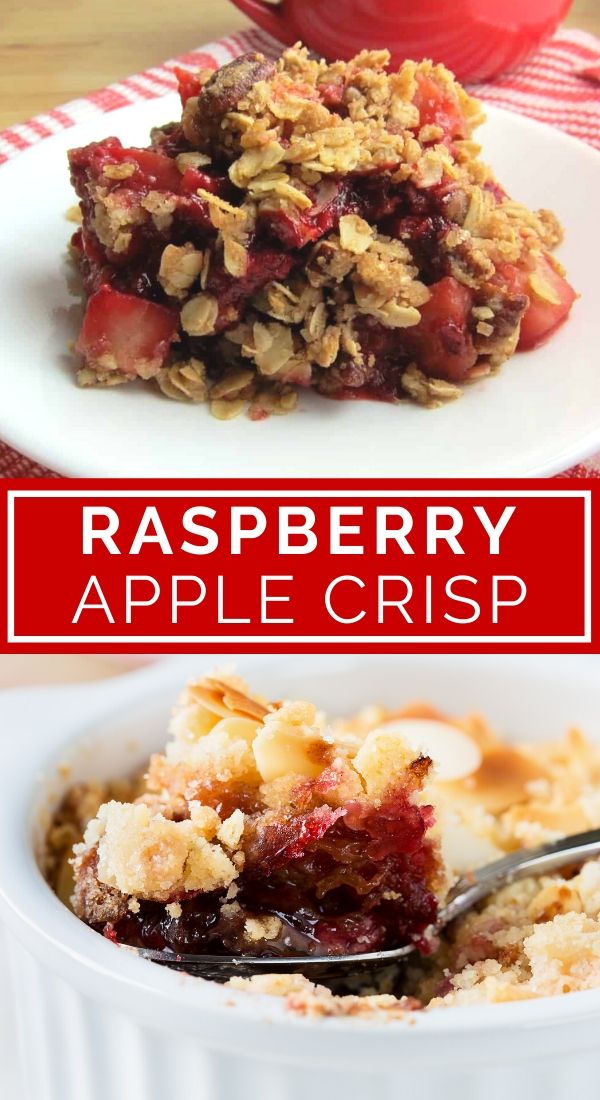 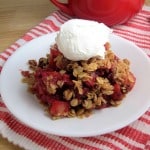 511 shares
Comments or questions about the recipe?Click here to cancel reply.

Made this tonight and topped it with some vanilla ice cream. It was the perfect combination of not too sweet, tart, and crunchy.

Thanks so much for leaving your review!

Delicious! I made this exactly as written and it was tart and sweet and buttery!

Thanks, Susan!! Glad you liked it!

This looks GREAT Kate!! Even the colors are so Christmasy you know?? LOL

Thanks DeLynn! I was wondering whether to put something green in the background of the picture to make it more Christmasy, but then decided the red looked festive enough :)

i love apple crisp. oh what a great recipe this is! i really think the addition of pecans is splendid!

Thanks! I thought the pecans were great too, they got all toasted and nutty and added an extra crunch to the topping. I can't believe there are people out there who don't like nuts in dessert.