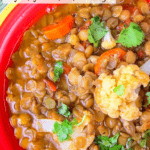 Tasty and flavorful Spiced Moroccan Lentil and Vegetable Soup. Warm your soul and your belly with this delicious, easy to make soup. It's not spicy, but is full of flavor and veggies. Vegan and gluten free, too! 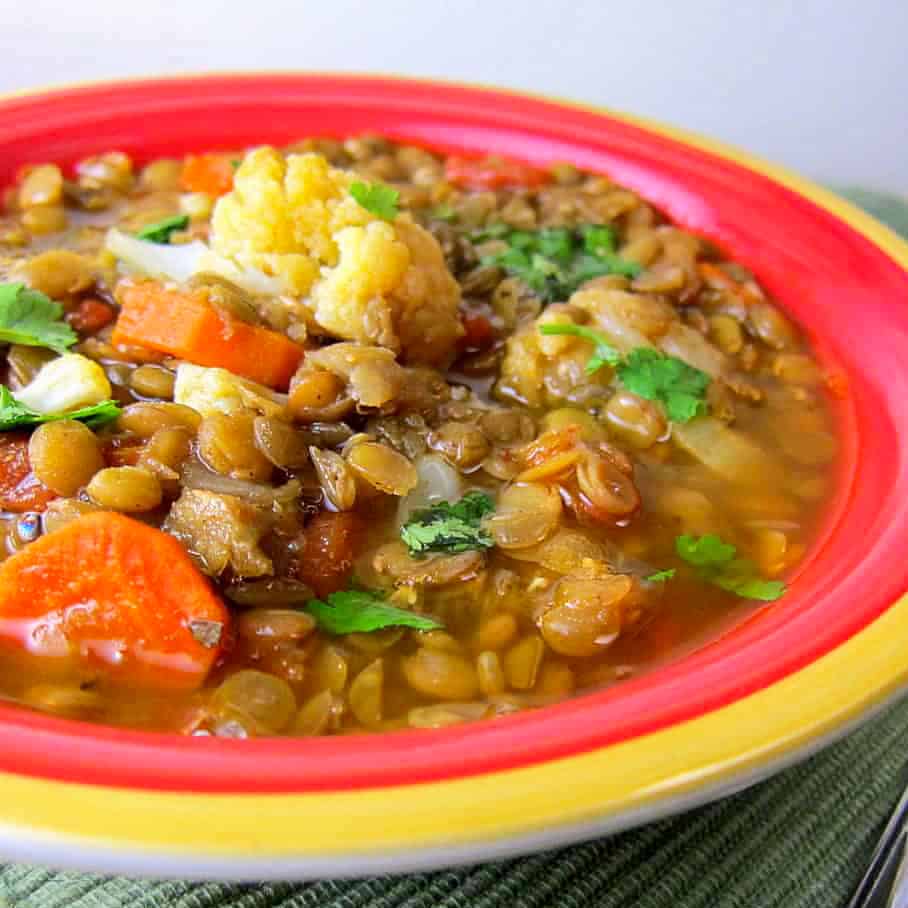 I love soup. It's delicious, filling, and pretty easy to make. And you always end up with so much soup that there is enough of it for a couple of days, which is a good thing in my book.

This Spiced Moroccan Lentil Soup is perfect for that because it gets more delicious on the second day after all the flavors have had a chance to meld together. 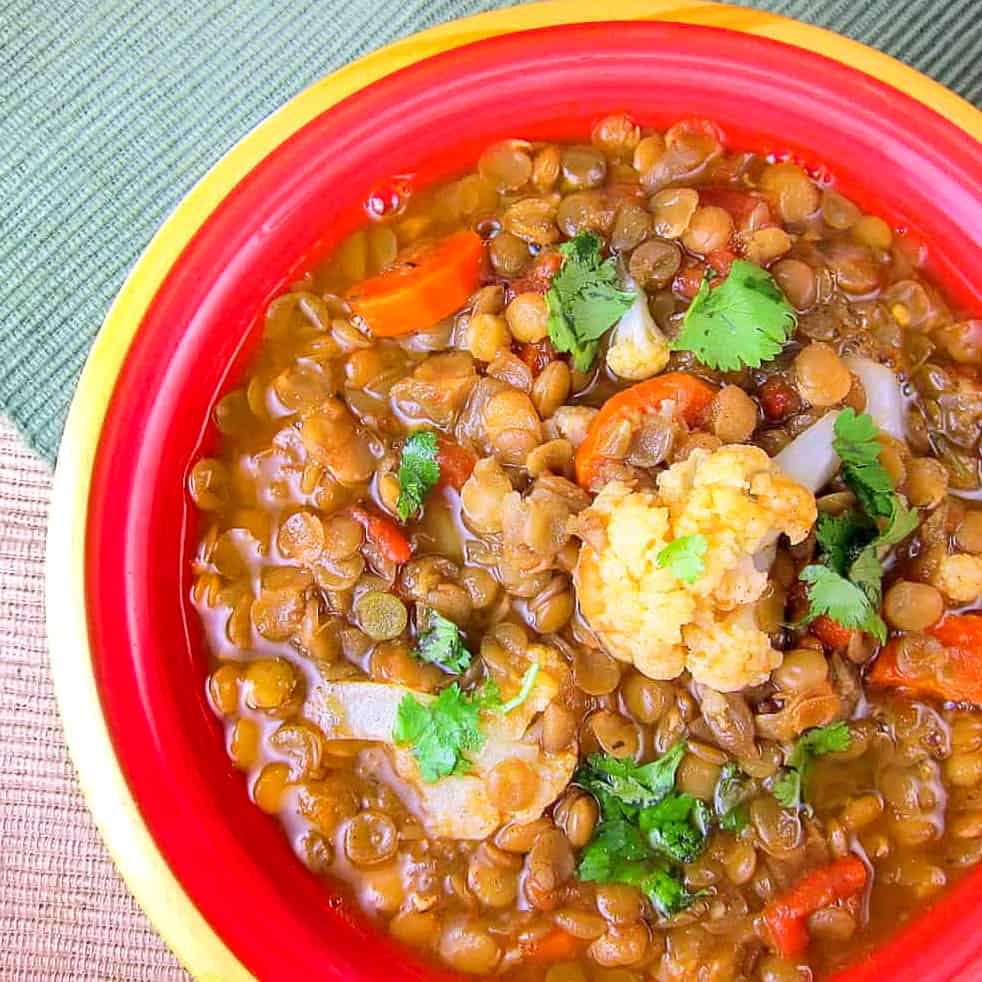 What kind of lentils to use for this soup?

I used green lentils for this Moroccan lentil soup. Green lentils have more fiber than all the other colored lentils (don't ask me why, I have no idea!), so there's a little health benefit there.

Green lentils are usually sold as whole lentils (instead of split lentils), so they cook a little longer. This is actually a good thing for soup, since you probably don't want mushy lentils in your soup. Green lentils hold up well to cooking and won't overcook too easily if you need to keep the soup simmering while the rest of the veggies get cooked to your liking.

What spices are used in this soup?

A few traditional Moroccan spices are used in this soup: cumin, coriander, turmeric, and even a bit of cinnamon. All of these are added in their powdered form. The cinnamon adds a bit of depth, but it really doesn't make the soup cinnamony. Don't be afraid of giving it a try.

I love the spices and flavors from Moroccan cuisine and used them in a couple of other recipes on my blog: Moroccan Meatballs, and Pumpkin and Chicken Moroccan Stew. Check those out too!

What veggies can I use in this soup?

I used carrots, onion, and cauliflower in this recipe. Oh, and canned tomatoes! Tomatoes are actually the one vegetable that are healthier in some ways when they are canned or cooked. Canned tomatoes have a higher amount of lycopene than fresh tomatoes. Good thing canned tomatoes are so convenient to use!

You can also add other veggies, such as parsnips or potatoes instead any of the above. If you use parsnips, add them in the beginning instead of or with the carrots, since they will take longer to cook. If you add potatoes, dice them into bite sized pieces and add them in towards the end, with the cauliflower.

Other tips for making this Moroccan Lentil Soup:

Other Moroccan-inspired recipes you will love:

Other healthy soup recipes to try: 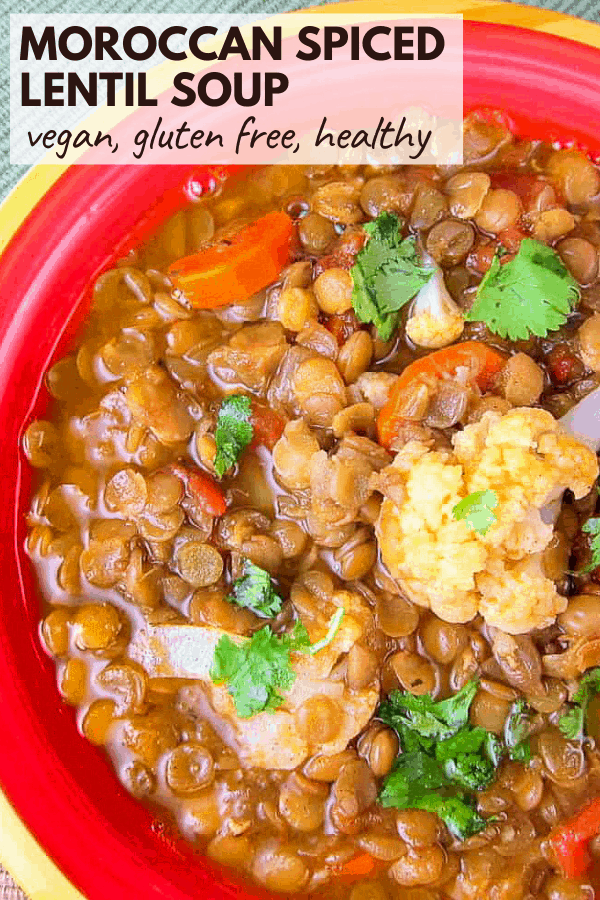 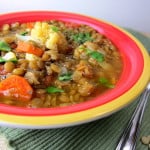 Other tips for making this Moroccan Lentil Soup: 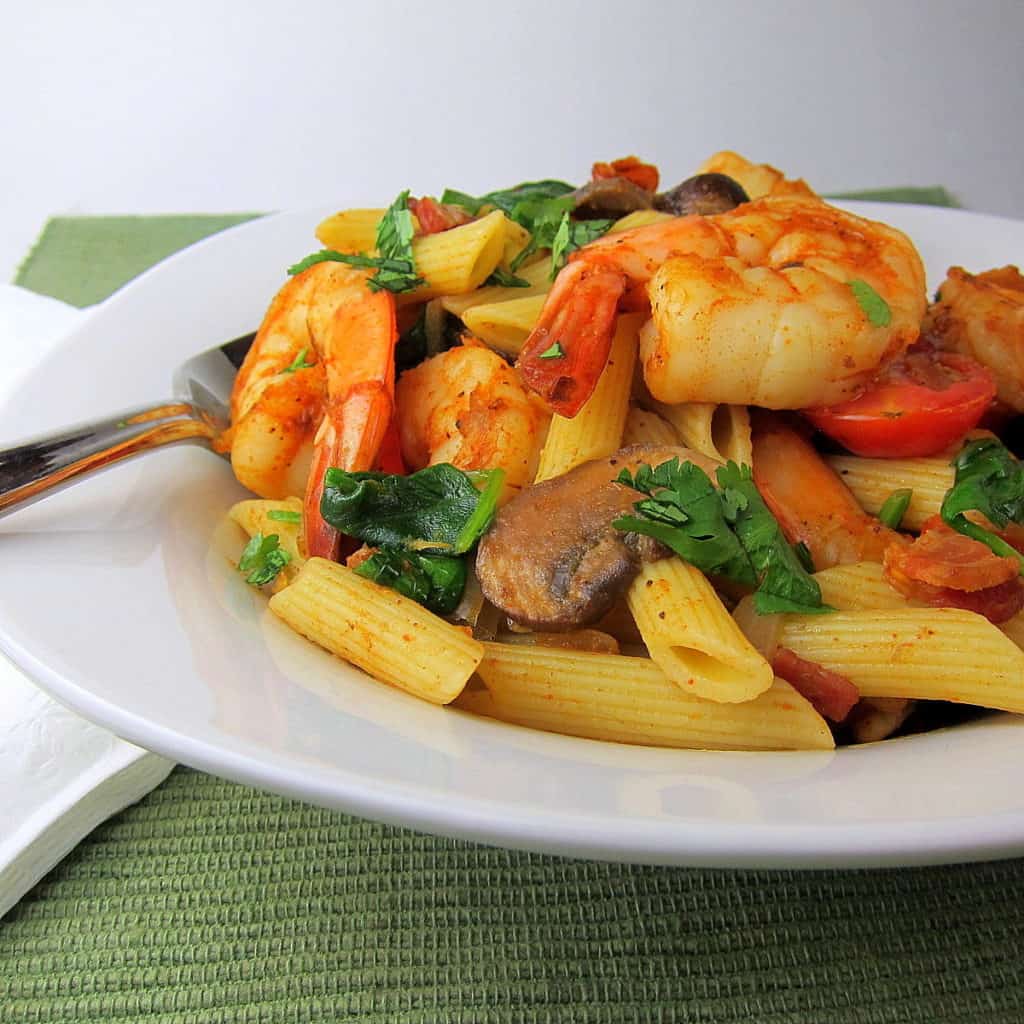 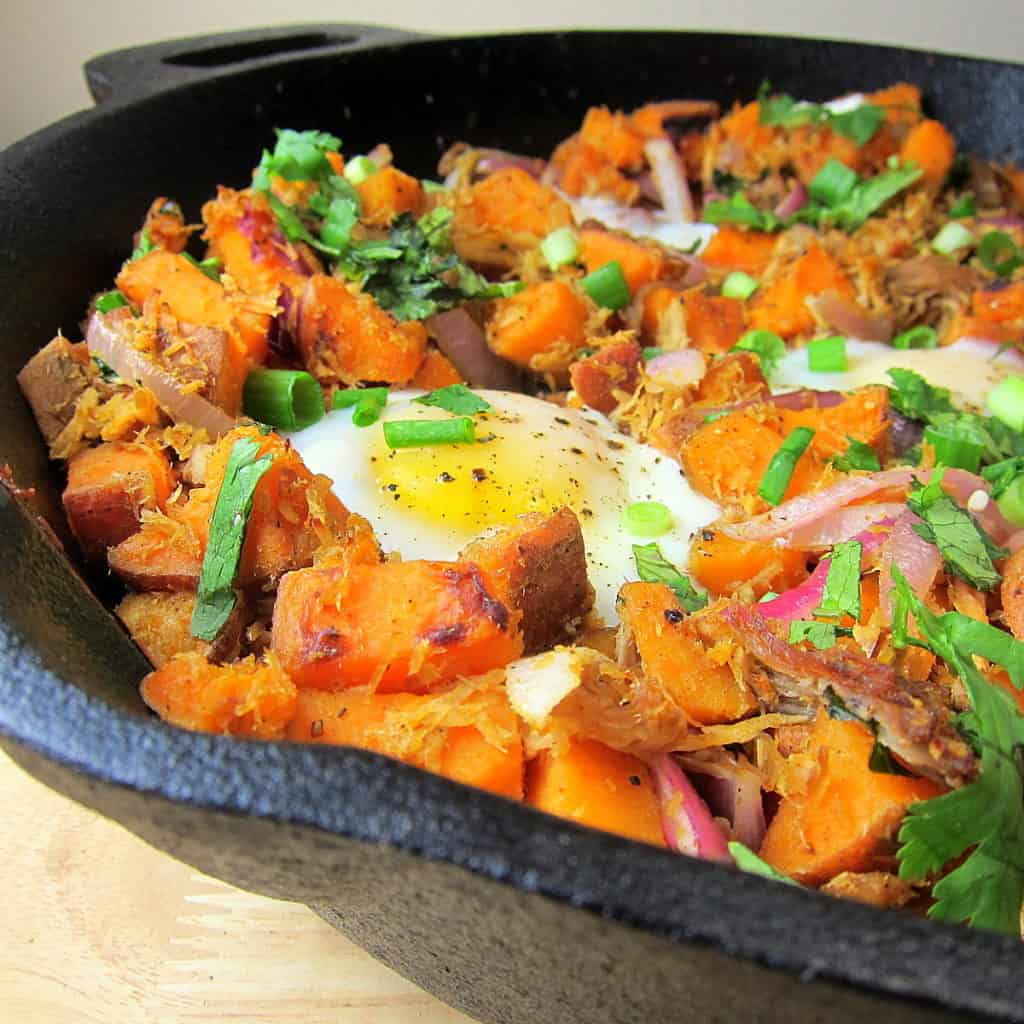 I love the name of your site! This recipes looks really good. Great photo!

Hi there! Kelli from Yum Goggle, one of the new owners. I have seen more than 50 photos of lentil soup this season and yours is the only one that looks appetizing to me! I was so surprised when I pulled your post up - excellent job! It's not all mushy like most of them...Thanks you for submitting to YG and please keep submitting - I know things are different but please bear with us - our research and data show that these new things are the way to draw more traffic for YG and for you!

Hi Kelli - thanks for stopping bye and for the compliment! Definitely no mushy soup here, it doesn't even get mushy when it sits overnight. :)

I like how the new Yum Goggle is looking, and I especially like that you guys are reaching out to bloggers and talking to them about the changes. I am sure you will be successful!

I love your colourful bowl and I bet all the flavors in the soup match the pzazz of your bowl!

As the weather starts to cool down in Australia my thoughts change from one salad after another to soup. This looks really good.

Thanks Maureen. We are starting to come out of hibernation just this week actually, which is what prompted me to make this soup before it gets too warm to want to eat soup!