This post may contain affiliate links. As an Amazon Associate I earn from qualifying purchases. See my disclosure.

There was a period of time where every other day I would see pictures of people's Blue Apron dinners on my facebook. For those of you who don't know, Blue Apron is a food delivery system where they deliver pre-portioned ingredients for you to make your meals from scratch, as well as colorful step-by-step recipe cards. Sounds great, doesn't it? Well I was skeptical, and here is why:

If you're going to go through the trouble if chopping, dicing, and cooking everything from scratch, why not double the recipe and have enough for leftovers? Is meal planning and going food shopping really such a hassle that people would rather pay extra for the convenience of having only three meals for two people delivered a week? I mean, it doesn't save you from having to go food shopping, so it doesn't actually save you that much time! 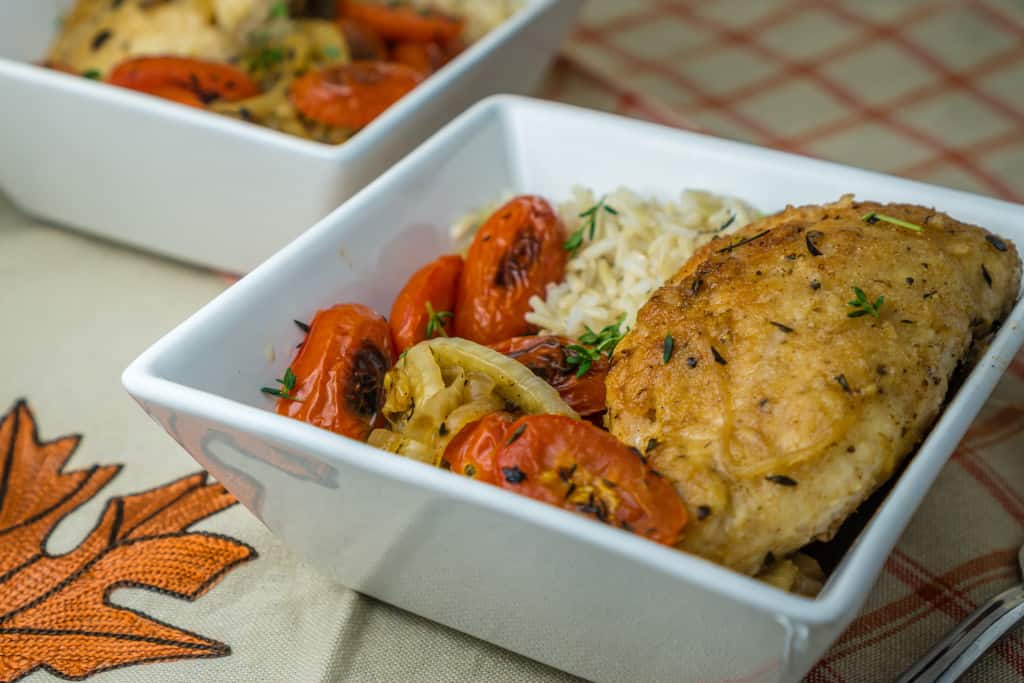 So instead of being a hater for no reason, I decided to try it so that I could decide whether I liked the idea instead of just judging people for being too lazy to decide what to eat. Don't knock it till you try it! I saw a Groupon for Blue Apron, and Groupon was also having a 20% off sale, so my whole Blue Apron order cost me $31.20, which turned out to be $5.20 per meal. So far so good!

The week I chose for my delivery had lots of delicious sounding options, and I chose the following: 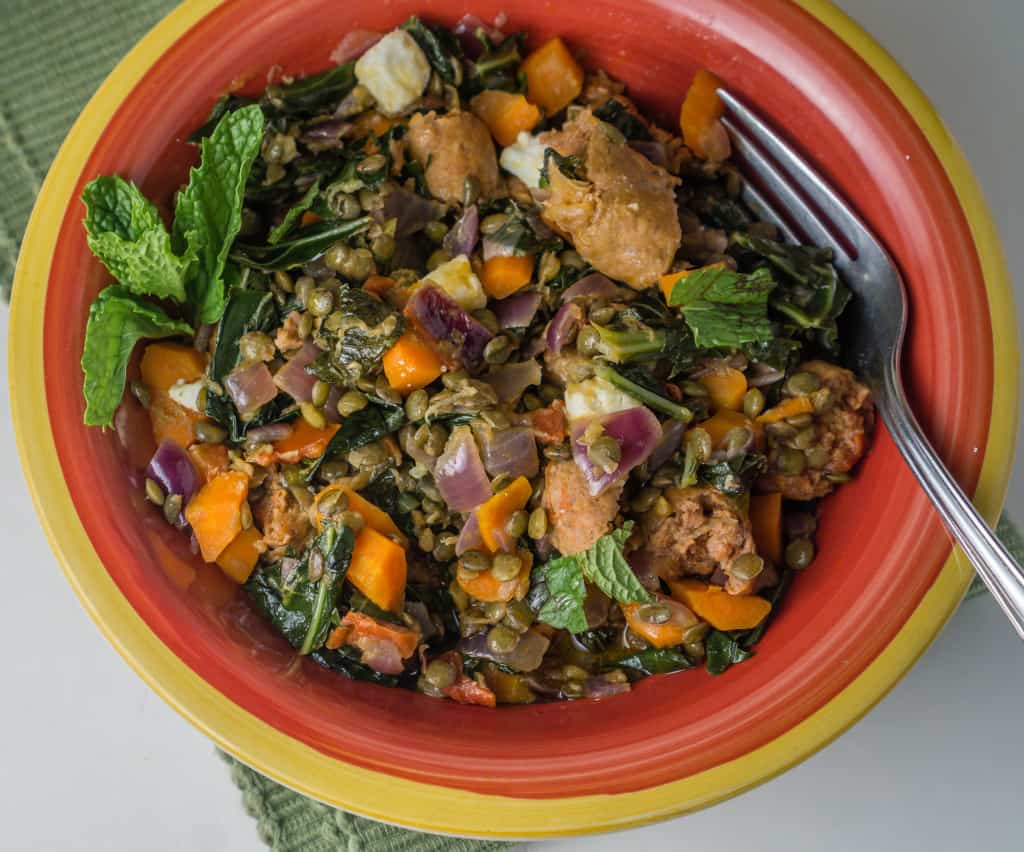 The not so good: 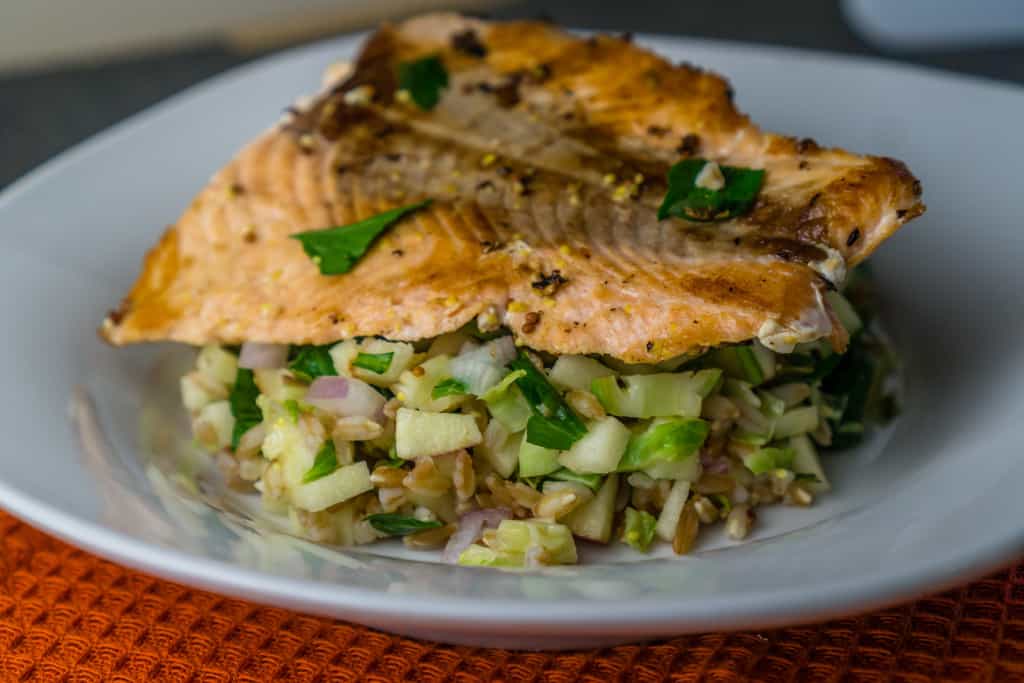 Blue Apron is not for me. It is great for people who get stressed out about trying to think of what to cook, but I love that part of cooking!

It is great for people who get stressed out about having leftover herbs or ingredients go to waste, but I always think of ways to use things up - whether throwing herbs into a broth bag in the freezer, making a 'kitchen sink' hash, whatever. Things don't go to waste in this house.

It is great for people who need a bit of creativity in their cooking, but I read lots of awesome food blogs for that.

It is great for people who hate food shopping and want things delivered to them. OK, this is me, but I still need to go food shopping for other things - eggs, milk, bread, VEGETABLES, food for the other 18 meals of the week.

Note: This post is not at all sponsored by Blue Apron in any way. I just wanted to write about my experience in case others were deciding whether to try it or not.

Any way you can share/create the chicken with roasted tomatoes recipe????Mmmmm sounds delish!

Any way you can share/create the chicken with roasted tomatoes recipe????Mmmmm sounds delish!

I don't know all the paleo rules but it looks like oil can be used instead of butter, the flour dredging can easily be skipped, and if vinegar is not allowed (not sure?) then perhaps a squeeze of lemon would work instead.

Interesting post Kate! We don't have such a service here in Greece, and we honestly don't think it would succeed here. The reason is, most people actually go to a farmer's market and buy high quality vegetables and fruits. Plus, most people buy meat at a butcher, not in the super markets. And you're right if you can live off your food blog, then yes, you will cook, twice per day perhaps:) But when you have to work at the office (like we do ourselves as well), you won't cook every single day. It's just...too much:) We also liked the fact that you criticized the small quantity of veggies. 4 Brussels sprouts for 2 people is like not even trying:) Very interesting reading Kate, thank you. xoxoxo